Who were Aleksandrian women? Aleksandrian women were women from Slovenia who emigrated to Egypt in the second half of the 19th century until the World War II. They especially settled in the city of Alexandria, after which they were named.

The reasons for this labour emigration were mainly economic and the consequence of the extremely harsh living conditions of then Slovene farmers, caused by industrialization, the outdated way of farming or high taxes. Men could not find any jobs, but women were offered jobs in Egypt. The earnings they received were mailed to the family or taken back home by friends or relatives returning to their hometowns. The money was intended for the survival of the family and later for the education of the children.

Because Slovene women were known to be good workers, they were easily employed in Egypt. Women were employed by wealthier families as nurses, maids, cooks, nannies, and seamstresses. Back then, it was seen as their profession. They returned to their homeland and hometowns only to visit. Many of them worked away from home all their lives. They only came back permanently when they retired. Girls left home unmarried or married with new-born babies of only a few months. As a rule, they returned when they earned the necessary money. They left home to ensure a better tomorrow for their families. Those who were employed in Egypt arranged jobs for their sisters or cousins, as the earnings were four times better than at that time in Trieste or Gorizia.

The hardest thing for the women who worked as nannies was that they had to leave their own new-born babies at home and breast feed other babies with their milk, because this was considered their job. The life stories of these Alexandrian women and their descendants were the saddest.

But some happy stories were also written. Some women fell in love in Egypt and married well. Now their children are scattered all over the world – from Canada, the USA, France, Switzerland all the way to Australia.

The girls or women who worked as babysitters or nannies could meet more often when they took their protégés for walks in the park every day. In addition, they met on Sunday afternoons when they had their days off. The meetings were enriched by singing Slovene songs, reading books, worship, and theater activities. At the meetings, they exchanged news from home and cheered and comforted each other. If possible, they helped each other. With so many familiar faces and listening to mother tongue, they felt at ease and closer to home. 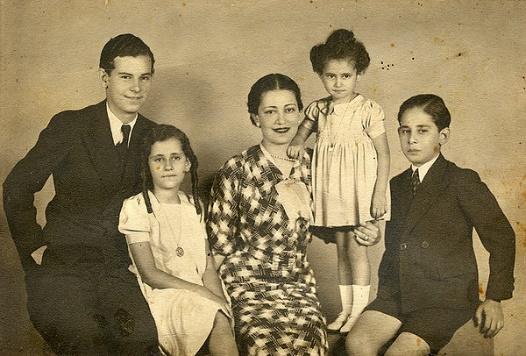 Breastfeeding nannies, babysitters, and serving ladies wore special uniforms. The mistress’s companions, the “dame de compagnie,” who accompanied the ladies in public, had to be slender, beautiful, of polite demeanour, and dressed in the latest fashion, so that the ladies proudly displayed them. Fashion trends at the time came mainly from England and France. The ladies at the time were still wearing corsets under their dresses, pushing their breasts forward and their hips back. An important part of their wardrobe was the abundance of lace blouses that were buttoned up to the neck. The blouses were decorated with various embroidered or silk ribbons. Their clothes reflected the social position of the time. In addition, they also had fans and umbrellas. Characteristic were their hairstyles and jewellery. The most popular at the time were pearls, long necklaces, brooches and earrings.

A nurse, nanny, maid and so much more… they were all Slovenian Aleksandrian women who migrated in Alexandria, Egypt. They had to have a lot of courage to leave their homes, families and often even their own children to provide money for their families.

Some of them never returned, and some saw their children again when they were already grown-ups.

This video was prepared by Mojca Krajnc & Manca Sverc in the frame of the “The Heart of a City” project funded by ACF Slovenia. Read more about the project.

What do you think?

Browse and manage your votes from your Member Profile Page

Send this to a friend

NOTE: These settings will only apply to the browser and device you are currently using.